St. Joseph’s started as a mission in 1943 with Rev. Jeremiah O’Farrel as pastor. In 1954, St. Joseph Church was established as a parish. Rev. Monsignor Micheal Browne became pastor. Our school was made possible by the land donation from the Valadez family. At the invitation of Rev. Msgr. Browne, three Presentation of the Blessed Virgin Mary sisters arrived here from Ireland on August 1, 1955, to take charge of opening the new school, Kindergarten through Fifth Grade. The school gradually expanded adding one grade each year until it became a nine grade school. In 1970, the Kindergaten grade was closed and reopened again in 1988 in the art room. 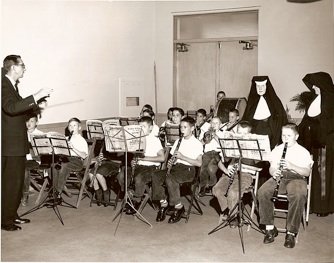 The first Church, replaced by a much larger one in 1980, became our auditorium. The Learning Center was added in 1981, and was designed to provide for individual and group instruction at all levels. A well-equipped library and teacher’s lounge were added. In 1986, part of the Learning Center was converted into a small Computer Lab and an Art Room. In 1990, the All Purpose Room (APR) was added to the school plant. The original Learning Center was divided into three sections; 1) Computer Lab, 2) School Office, and 3) Learning Center. Beginning in the late 1990’s, the campus was wired to network all classrooms, offices, Computer Lab, the parish office, and the convent. Each classroom was equipped with a computer and the Computer Lab and classrooms were furnished with Internet access for student and staff use. The Accelerated Reader Program was initiated to promote reading among the students. Two new bathrooms were added in 1992 in the lower grades and in 1999, the existing bathrooms for the upper grade students were totally refurbished. In 2001, a new roof and air conditioning replaced the old system. In 2002, new playground equipment was installed to replace the original equipment. The Kindergarten lunch area was improved and a pavilion was added over the lunch tables. In 2003, a new Mobile Computer Lab, containing 20 laptops was leased. 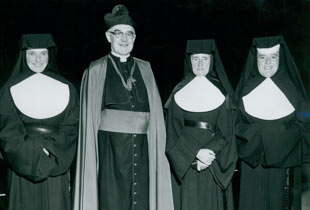 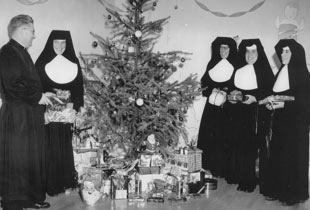 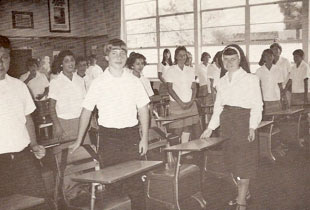